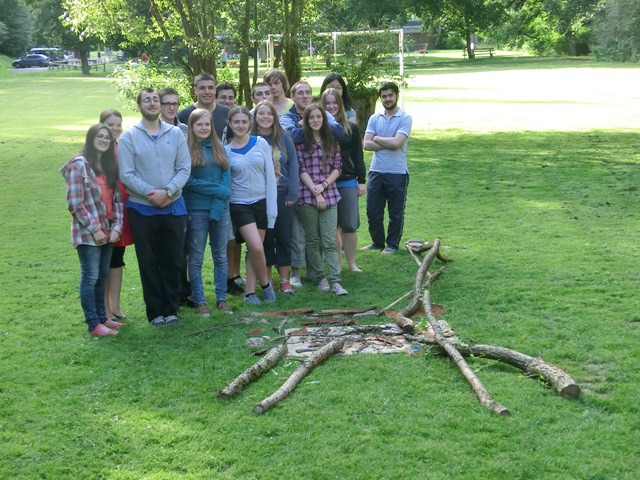 After a very long journey we finally arrived in Altensteig. For the first time German, Georgian and French people came together, not exactly knowing what to expect. As we were all having an exhausting day, most of us immediately went to bed.

Thursday, 15th August 2013
When we got up at the first day in Altensteig, we all were very tired. We started the day with a good breakfast made by Filip and got to know each other in a few games. We made a circle and everybody had to say his name with a sign. After that we made a flashlight, it’s a moment for saying what you think about the day before. After this the teamer told us the rules and explained when we had to help in the kitchen. After lunch we made some games to get to know each other. It was a game played in three teams on the whole area of the AWO. It took more time than the teamers thought, so they stopped the game after a few hours. In the evening, after eating, we went with the Georgians to town to buy some drinks. And we found a place to speak together; it was very funny and interesting. Following that everybody came back in the house and went to bed since it was a very long day. This day was very important because we had to do things together to share each other’s language and culture of the countries.

Friday, 16th August 2013
In Tübingen we were playing some park-games. After that we went to the Biergarten, ate food and went shopping. It was a great day, great fun, all was nice. There are no bad comments about it. (Misha) In Tübingen we played some awesome games, so the passants had fun too. For visiting the city we had to travel with a very slow bus. It was a nice day and we had a lot of fun. (Tim) During this week I made lots of things like crazy games. I met some awesome person and new culture like the Georgian’s culture. I would never stop to be happy. This week it is incredible. This is a really nice experience for me and I hope I will make it another time in the future. It was very cool and I’m sad to leave.

Saturday, 17th August 2013
After breakfast, ´Blitzlicht`and language animation, we started to work for the first time. We worked at the fireplace and dug and cleaned a place from rudes fort he new grass. We were tired but happy after this. While the Germans prepared lunch, the others took a shower and were singing during it. To prepare the evening, we cooked and did a presentation, we also selected German music to show it to the others. They liked the German food but our presentation was too short. Anyway we had much fun this evening, listening to horrible German music and dancing or watching the others dance. We went to bed late this evening =). After this day, I was really tired, but at the same time I was glad to work with the others. I slept very well this night. It was the same thing for me.

Sunday, 18th August 2013
Half-time. Our fifth day started as usual: We learned necessary vocabulary of the toolbox in Georgian, German and French during the language animation which we could use in the workcamp session after it. Today, we made a huge progress together on accessing the river Nagold by cutting and mowing plants, renewing the fire place, building and painting the benches; it felt good doing something meaninful in a multicultural team like ours. After all this hard work, luckily enough, we got a free afternoon to enjoy ourselves: Be it at the swimming pool, hiking through the Black Forest, paying cards or simply lying in the grass – it was a good time on this sunny Sunday until it started raining. In the evening everybody sat together playing foosball, making music and sharing life experiences. So we think that we can all agree that the participants from France, Georgia and Germany became friends.

Monday, 19th August 2013
We had breakfast. Then we learned some German, French and Georgian words. We cleaned the whole garden, cut the grasses and made some benches. We played a game about what we liked or disliked or what we expect to happen. Then we had lunch and again.
The 19th of August was an important day for Georgians. They had their national evening. It was very good. Germen and French people were able to eat ‚Khinkali‘ and drank Georgian beverages.

Tuesday, 20th August 2013
Our day was nice because we could sleep longer. It was a very interesting and funny day, we played different games, we had a nice language animation and we made “giraffes” together. It was very funny and nice. The best thing was the French evening. We ate delicious food and danced a lot. The French beverage was very good also! To finish, we went to bed late.
Wednesday, 21st August 2013
Today we went to Stuttgart. After we arrived, we visited the tower of the main station. From the top we could see the whole town. Then we went with the guide across the main street (Königsstraße) to a place and the castle, theatre and the major’s house. There were two elevators without doors (Pater Nosta). In the afternoon we went to one of the three museums. In the Mercedes-Benz museum we saw the famous cars made by Mercedes in chronological order. From the very first vapour engine to modern cars. We also had a guide who explained how the production of cars started and told us about famous historical events. In the Lindenmuseum we saw the aborigines and their things in North America. The history of Africa, the Islam in the Orient was displayed. The china, houses, glass and a lot of art of China and Japan were shown. Finally, we saw the hall of South Asia where there were Indian things displayed. In the third museum we saw the creations of Edward Munch. After the museum we went shopping, sightseeing and played the exchange game. Around 7 pm we ate the Döner and went back. We missed the second bus and had to wait for two hours. But the driver was very nice and came one hour later again. Anni bought three pizzas and friend fries for us. When we arrived, we sang some Georgian songs to the driver and he liked it.

Thursday, 22nd August 2013
Today was quite a long day. After standing up the usual energizer awaited us. We continued with language animation followed by a short working session. During the session we completed painting the doors, tables and benches. The fireplace and the way to the Nagold was finished as well. After a hearty lunch we did the evaluation. Since we finished the fireplace, we decided to use it tonight already. Thus we had `Stockbrot`with sausages and enjoyed the fire.

On the last day we said goodbye, cried and bit with the wishes to meet everybody again! Thank you for everything! 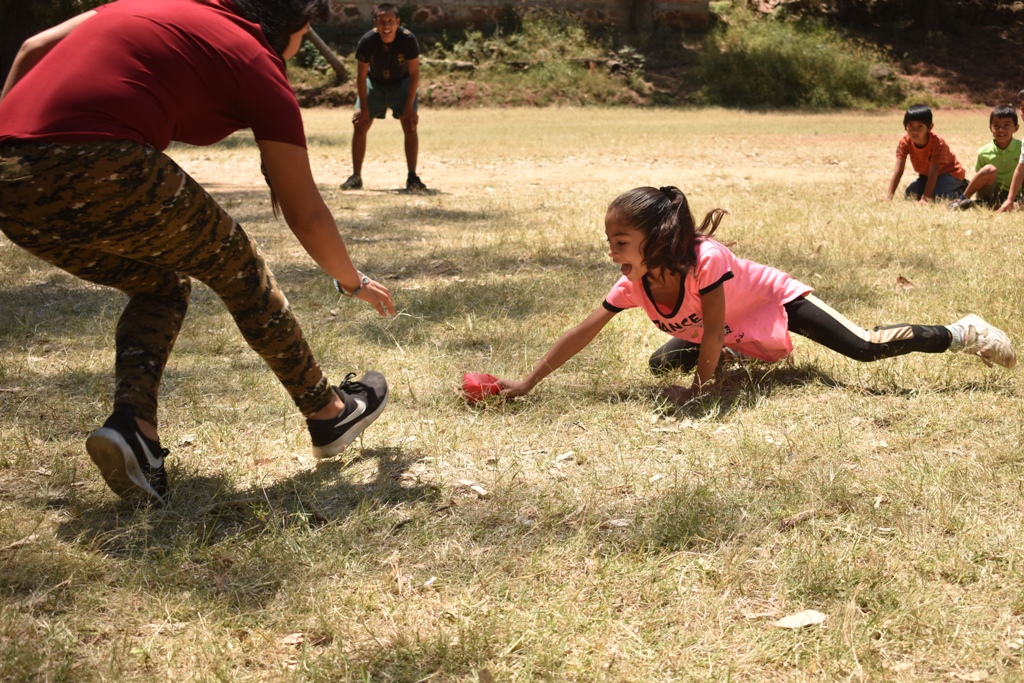 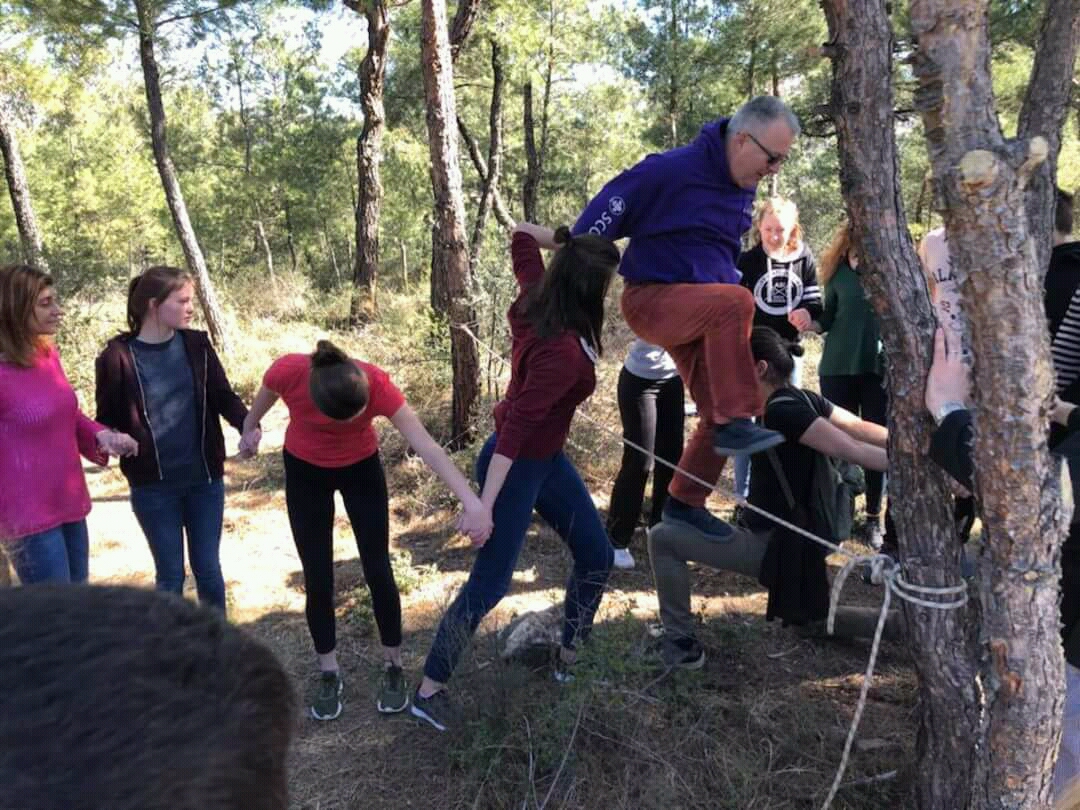 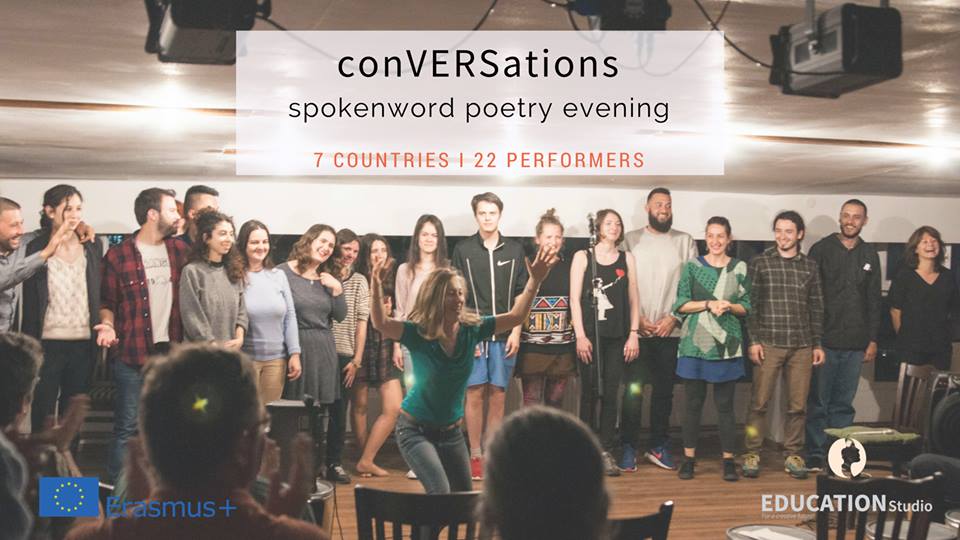